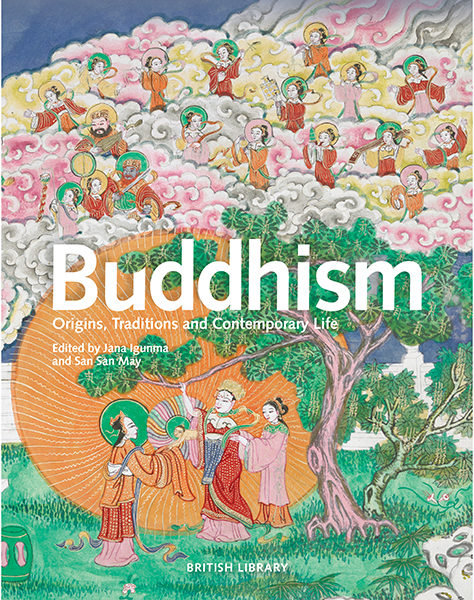 This is a superb book!

It is based on an exhibition on Buddhism at the British Library (October 25 2019 – February 23, 2020). The book is edited by Jana Igunma and San San May of the British Library and contains many excellent colour photographs that draw particularly on the Library’s rich collection of Burmese, Chinese, Thai and Sri Lankan manuscripts. Many of these are on locally-made mulberry paper, as well as palm leaf pages.

The 19th century Burmese manuscripts especially are richly and colourfully illustrated. Many are decorated with gold leaf as well, including entire elephants marked out entirely in gold. Some have covers decorated in gilded lacquer. One fine Burmese example is entirely on thin sheets of ivory. There is also a Pyu example on gold sheet, and a wonderful Sri Lankan manuscripts made entirely of silver sheets that has been engraved in Sinhalese script. Other manuscripts are from Korea, Bhutan and Laos, as well as thangkas from Tibet and Buddha images from Thailand, Tibet and China.

The book is accompanied by several very fine highly readable essays which help to provide the stunning photographs with better context. 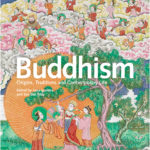