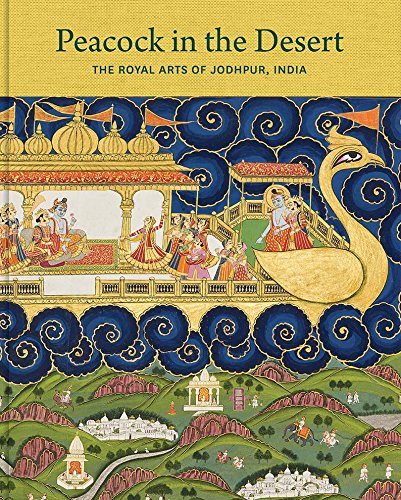 Peacock in the Desert: The Royal Arts of Jodhpur, India

This beautiful book that presents nearly four centuries of artistic creation from one of the largest former princely states in India, the kingdom of Marwar-Jodhpur in southwestern Rajasthan.

Peacock in the Desert traces the evolution of royal identity in the kingdom of Marwar-Jodhpur in southwestern Rajasthan from the 17th century to the establishment of independence after 1947, presenting the area as a microcosm of India’s extraordinarily vibrant culture.

An international team of contributors has contextualized these regional narratives in relation to external-and even global-forces. The book thus offers a new perspective on the acquisition and commissioning of objects through patronage, diplomacy, matrimonial alliances, trade, and conquest. It sheds fresh light on the influential role of women at the royal courts and examines monarchies as lenses onto cross-cultural relationships, the unrecognized roles of groups marginalized in earlier accounts, cultural heterodoxy, and large-scale multicultural exchange.

Exploring these webs of connection, Peacock in the Desert makes a transformative contribution to scholarship. Its multidisciplinary approach to artistic and cultural exchange offers pathbreaking insights, adding crucial chapters to the story of India’s royal visual splendor. 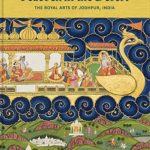