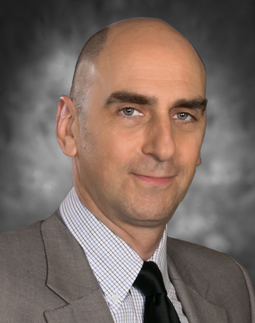 An interview with Paul Bromberg, author of Thai Silver and Nielloware

Paul Bromberg is the author of Thai Silver and Nielloware, published by River Books (2019). A British citizen living in Bangkok, he has written the first authoritative  account of Thai silverware to have been published in decades.

He speaks exclusively with WorldArtNow:

How did you become interested in Thai Silver? Are you a collector?

I have been living in Thailand on and off for some 33 years, with the last 22 years continuously in Bangkok.  I became interested in Thai silver early on, but was more interested in Thai Bencharong (an export ceramic ware made in China for the Thai market).  I then started to notice the similarities in pattern and form with other materials, especially silver and nielloware.  Of course, the catalyst to my becoming a collector was really driven by my wife’s love of these traditional Thai art forms.

It is not difficult to find items of Thai antique silverware, at least in the Thai marketplace, but like most antiques, it has over the last few years become considerably more difficult finding rare items or masterpieces. There are also more collectors nowadays, especially in Thailand. For wealthy younger collectors who already have investment portfolios comprising real estate, stocks or luxury cars, collecting one’s own national art provides another collectible and asset class.  As supply cannot keep up with demand, prices have inevitably escalated as well.

By writing my book, I wanted to bring this little-known genre of silverware to the attention of a wider audience, but I suppose a side effect will be that prices will also rise as a result of greater interest among collectors old and new.

Is there much interest in Thai silver outside Thailand?

There has, until now, been little interest in Thai silverware outside of Thailand, in part because it has not really been understood or has often been confused for Chinese Export Silver or Straits Silverware. Moreover, Thai niello initially appeals only to people familiar with Thai forms and patterns.  That said, some very fine Thai silverware  – notably pieces bearing the ‘Tan Yue He’ chop mark – has recently come to the attention of dealers/collectors in China with the result that it is increasingly desirable there.

Why do you feel Thai silverware has escaped the notice of many of the world’s museums?

For the same reasons as stated above, I think there has been little understanding of the aesthetics of Thai silver or nielloware by museum curators.  I have also visited museums where I have seen items of silver clearly made for the Thai market described as “Chinese Export Silver”.  Unfortunately, there is also a growing trend in the museum world to place a premium on East Asian (Chinese, Japanese and to a lesser degree Korean) art at the expense of Southeast Asian art. I have for some time been frustrated at the lack of recognition accorded to beautiful Thai artefacts, but this continues to be an uphill battle.

Are there any controversies when it comes to Thai silver?

I suppose the most contentious issue in the book is the fact that I argue that production of some of the finest silverware dating to the late 19th and the early 20th century actually took place in Thailand. Even today, this silverware is generically termed “Shanghai Silver” because it is widely presumed by many dealers and collectors that these items were either made to order in Shanghai or produced by Shanghai silversmiths based in Thailand. While it is true that some orders, especially in the early to mid-19th century, may have been placed with workshops in China in Guangzhou as well as Shanghai unlike porcelain, which could not be produced in Thailand, there were highly skilled craftsmen, based locally, capable of producing high-quality silver items. There are so many examples of these objects in the Thai market, some made to order for Thai royalty or the nobility, that it seems highly unlikely that the consumer would have needed to place orders to China.

Moreover, in the course of my research, I identified several silver wares bearing the ‘Tan Yue He’ chop mark – a clear sign of quality – that were clearly royally commissioned that can be dated to the 1870s and 1880s. In addition, I located a Thai silver water-pot of very fine workmanship, with the same mark, that has an inscription proving that it was produced as an example of Thai silverware for the Exposition Universelle staged in Paris from May to October 1889.

Who should buy your book?

I am hopeful that my book will appeal to academics, museum professionals, dealers and especially collectors. I decided early on to produce a work that would be accessible to readers regardless of their knowledge of Thai history or art, or silverware in general.  As a collector myself, I also kept in mind what I would want to know about this subject matter.  While I did undertake considerable historical research, I hope I have achieved my aim of producing an interesting book that provides some historical context in which Thai silver and nielloware was produced and used, and not just another dry academic tome.

What was the most difficult part in putting the book together?

If I had to say just one thing, it was choosing the pictures.  I had to pick some 300 photos out of a total of more than 5,000.  That took about three weeks, including preparing the photo captions.  In terms of the text, I found the chapter on “Buddha Images and Devotional Items“ the most difficult. Despite living in Thailand for over twenty years, I knew very little about the manufacturing process of silver Buddhas or the general amulet craze, so I ended up spending a considerable amount of time researching these areas.  I also compiled the first published list of Chinese and other marks on silverware found in Thailand, which was a long and assiduous project.  I started collecting this data about five years ago and the process remains ongoing.  I will certainly add to this section in the event there is a second edition.

What do you feel your book adds to the stock of knowledge in this area?

There had been little written in Thai or English on this subject so I am hopeful my book will become the “go to” reference work for the foreseeable future.  My aim was to amalgamate the limited existing knowledge while clarifying or redefining the terminology, forms and designs of Thai silver and nielloware. To date, all the published reviews have been very positive so I am hopeful that I have achieved my objective.

Writing the book was a very time consuming exercise so I think I will take at least a one-year break before embarking on any new book project.  In the near term, I am preparing to write two magazine articles on Porcelain Teasets made in China for Siam and on Chinese bronze animal scroll and paper weights. As for possible book topics, I will continue to focus on Thai artworks.  I am considering writing about Thai gold or Thai betel sets and paraphernalia, but I have no fixed plans.

What advice would you give to other aspiring authors wanting to write in the field of World Arts?

I think my professional life (as a research analyst) prepared me well for writing the book.  I would say that planning is essential. At the outset, I prepared a book plan with a brief outline of each chapter – although the ordering of the chapters subsequently changed – which became the essential skeleton on which I based the text. I then spent one year undertaking research, which encompassed a vast amount of reading as well as field research.  The result was a very large body of notes and quotes from which I was able to draw once I started the actual process of writing.  Ultimately, you have to have a genuine passion for your subject matter.